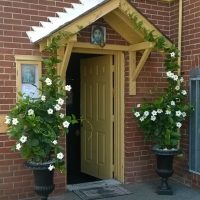 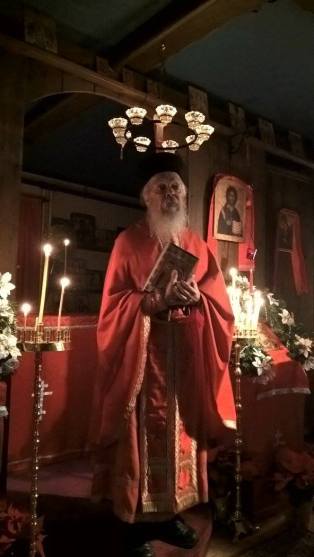 St. Theodore of Canterbury English-language Orthodox Mission was founded in 2012. Its establishment is the result of many years of evolution – from the Orthodox Campus Ministry at the University of Toronto (1981-1985), to the first St. Joseph of Arimathea Parish, meeting at St. Nektarios Greek Orthodox Church (1985-1995), during which time our numbers grew to such an extent that a move to a larger facility in North York was necessitated. In 2010, St. Joseph’s undertook yet another move, this time to Pickering in order to accommodate continual growth.

In the meantime the Rev’d. David Burrows, rector of St. Olave’s Anglican Church in Toronto offered the side chapel of St. Olave’s for Orthodox services, and Fr. David Belden came out of retirement to accept. St. Dunstan’s Orthodox Mission operated on that site from 2007-2012, a full five years. This period saw the baptism of Jeremy Burrows, the rector’s son, who has since been ordained deacon in the Orthodox Church. At Pascha 2016 Fr. Deacon Jeremy’s parents, David and Penny, were also baptized.

St. Dunstan’s was closed in 2012 when the invitation to return to St. Nektarios was accepted. The Mission reorganized as St. Theodore of Canterbury Orthodox parish and has seen continual growth from 2012 until the present.

St. Theodore’s remain the only all English-language parish in Toronto following the church calendar, and belonging to the Synod of the True Orthodox Christians.